The origin story of the Cosmos, plainly explained and richly illustrated, from before the beginning to now, told 100 million years per page spread, 300+ pages in all. 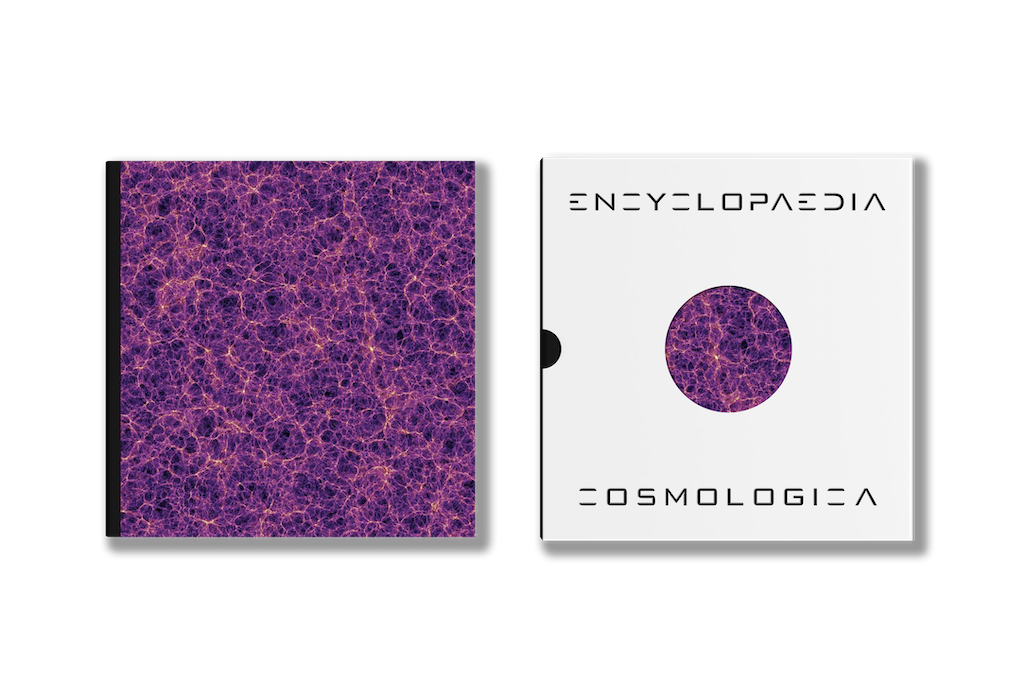 You can support the creation of the Encyclopaedia Cosmologica by pledging / pre-purchasing the first print edition. In recognition of your support, your name (or someone you designate) and a personal inscription will be immortalized in a special "Cosmic Contributors" section in the book. Thank you!

The creation of Encyclopaedia Cosmologica is supported, in part, by crowdfunding via your pledges / pre-purchases.
We estimate the time to complete this book to be 18-24 months — est. Summer / Fall 2023.
Free goodies (sneak previews / space art / animations) provided to pledgers along the way.
Cosmic Contributor information will be gathered close to the time of printing.
Shipping is included for U.S. residents and + $25 for worldwide. Cost of international shipping will be billed at time of publication.
This is for the hardback print edition. If an ebook version is offered, it will be included for free with the print edition.
Pledges / pre-purchases will be refunded if the authors are unable to complete the project.
Be sure to follow our progress on Twitter and Facebook.

The Encyclopaedia Cosmologica tells the scientific origin story of the Cosmos from before the beginning to present—13.8 billion years told 100 million years at a time. Plainly spoken and richly illustrated, it is a must-have book for lovers of science and science fiction, and anyone just trying to figure It all out.

Have you ever wondered how we got here? How it all began—and all of the steps that got us from that point to now? You’ve probably read some science books or seen shows like Cosmos, and so you know the basic story. But have you ever wondered about what came before the beginning? About what lies outside of the Universe? Whether there is life elsewhere, or even advanced extraterrestrial civilizations? And have you ever longed for an intuitive understanding of the immensity of the time and space that is our Cosmos?

If the Universe had a beginning, what caused that beginning?
And what, then, caused that cause?
And the cause before that?
And so on, ad infinitum?

Growing up, we would always think about these kinds of questions. We were obsessed with them. But to this day we have never been satisfied with the typical kinds of answers to such questions: they are either wrapped in scientific jargon and epistemological hedges, or they venture into the dark realms of mysticism and pseudoscience. This makes the awesomeness and beauty of the Cosmos distant and mysterious—inaccessible at an intuitive level, even to those with expertise in science.

Introducing the Encyclopaedia Cosmologica: a comprehensive, step-by-step journey from before the beginning 13.8 billion years ago to now that explains how literally everything—matter, energy, stars, galaxies, life, humanity, etc.—came to be. To make this journey accessible to everyone and to fill the knowledge gaps where they exist, we combine genres of popular science writing, scientific illustration, creative nonfiction, and science fiction to tell the story of the Cosmos as never before. When there are well established scientific facts, we stick to the facts: How old is the Universe? 13.8 billion years. When there are gaps that can be filled with calculations and inferences from scientific data, we calculate them: How big was the observable universe at the time of the hot big bang? We think it was about the size of a Volkswagen Beetle. And when there are unknowns, we employ informed speculation: How did the first black holes form and what did they look like? Nobody knows for sure, but we will give you a darn good description and illustration based on the best scientific understanding of such objects.

A prototype page spread of the Encyclopaedia Cosmologica to illustrate the information architecture. The left page presents a chronological narrative of the 100-million-year period with a Cosmic Profile detailing key facts and figures about the greater universe. The right page presents an original work of space art to make each epoch wondrous and real.

While there have been many books written and shows produced about the history of the Universe, there has never been a book like this. We tell this epic 13.8-billion-year tale 100 million years at a time, each time step featured on a two-page spread, making about 300 pages in total. Presenting the story of the Cosmos in a linear, concrete form like this will help give you an intuitive understanding of the vastness of space and time, making cosmological scales comprehensible to everyone. The experience of the Encyclopaedia Cosmologica will be like holding the Cosmos in your hands, and to flip through its pages like traveling billions of years through space and time in mere seconds.

… flipping through its pages will be like traveling hundreds
of millions of years through space and time in mere seconds.

You will witness stars forming and dying, reseeding the Universe with novel elements; galaxies engaging in stately gravitational dances, colliding, merging and evolving into new forms; on Earth, you will see life rise and fall to the ceaseless rhythm of mass extinction events which happen with shocking frequency; continents converging into a single supercontinent and then breaking apart; and finally, in the last paragraph on the last page, the emergence of a bipedal mammalian species with exponentiating technology.

The beginning of the K–Pg extinction event 66 mya. It was likely caused by the impact of a massive comet or asteroid 10 to 15 km wide, which wiped out three-quarters of the plant and animal species on Earth. At cosmological time scales, such events happen with regularity. Visualization by Mark Garlick. A poster version of the Encyclopedia Galactica by Jon Lomberg.

In addition to the historical analysis and narrative, the Encyclopaedia Cosmologica will conclude with three possible scenarios for the future and two "bookend" sections to complete the volume:

In short, we want readers of the Encyclopaedia Cosmologica to be able to grok the Cosmos. The term “grok” was introduced by the science fiction writer Robert Heinlein in his book, Stranger in a Strange Land. It was a Martian word that could not be literally translated into Earth languages, but it basically means to drink up; to become one with; to know something so completely and so intuitively that you merge with it, and derive joy from the synthesis. That is our goal for you: to grok the Cosmos! And to help you get started, below is a sampling of amazing space art by Mark and Jon of the type that will be in the book. Enjoy! 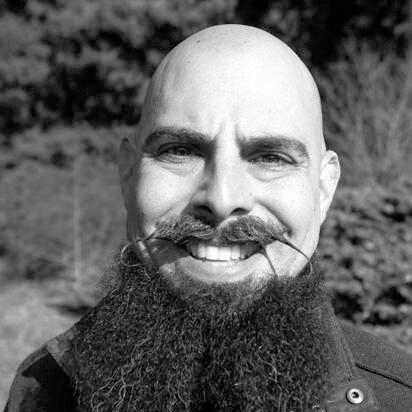 Ethan Siegel is a theoretical astrophysicist by training and popular science communicator and educator. He is author of the “Starts With A Bang!” column for Big Think, as well as the books, Beyond the Galaxy and Star Trek Treknology. Learn more at Starts With A Bang! 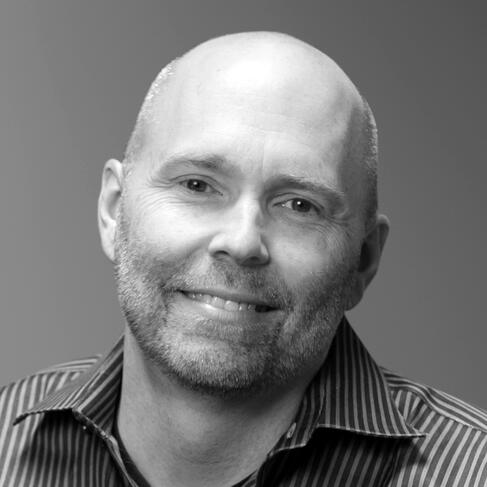 William Lidwell is a designer, educator, and researcher living in Houston, Texas. He is the author of several books and online courses, most notably, The Universal Principles of Design and his design lectures on The Great Courses and LinkedIn Learning. 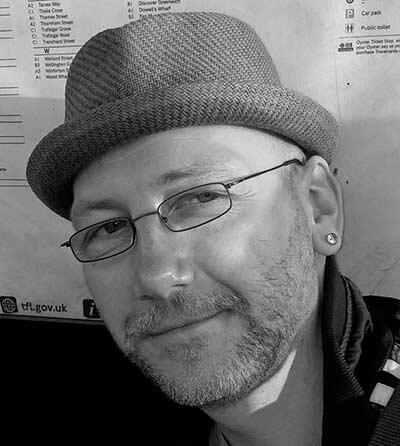 Mark A. Garlick initially trained and worked as an astrophysicist, but now works as a scientific illustrator and computer animator living in Brighton, England. He is author and illustrator of several books including The Story of the Solar System and Cosmic Menagerie. Learn more at MarkGarlick.com. 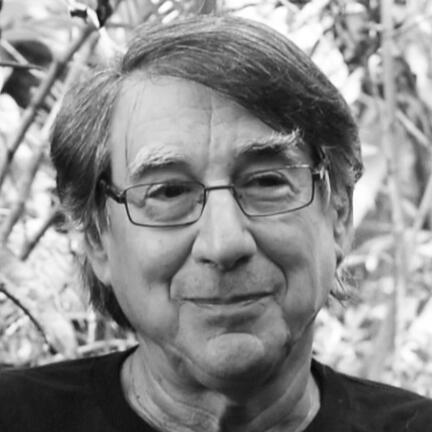 Jon Lomberg was the principal artistic collaborator of Carl Sagan. He was the Chief Artist for the classic television series, COSMOS, Astronomical Visual Consultant for the movie CONTACT, and Design Director for the Voyager Golden Record, among many other things. Learn more at JonLomberg.com.

After 13.8 billion years, the Cosmos grows impatient for its autobiography. Please help spread the word!